“Once I understood the nature of work, it helped me relax and be more generous. I learned that people get frightened if asked to change their worldview. And why wouldn’t they? Of course people will get defensive; of course they might be intrigued by a new idea; but then turn away in fear. They are smart enough to realize how much they would have to change if they accepted the idea. I no longer worry that if I could just find the right words or techniques, I could instantly convince people. I know many people who’ve been changed by events in their lives, not by words they read in a book.”

The Case for Emotional Intelligence Training

EI training builds on the foundation of these recognized success-factor abilities — those that have the biggest impact on performance. By creating EI awareness and providing skill-development opportunities, you are increasing your organization’s capacity to be successful. An investment in EI training produces immediate and lasting positive results — the marks of a sound investment — including better decision making, increased ability to cope with stress and less conflict — all of which lead to an increase in performance. CED can customize a training solution for you. Contact us now to learn more.

Studies show that between 48% and 80% of what differentiates high and low performing leaders can be attributed to EI. Training that is focused on these specific EI skills can be used to create a roadmap for leadership success and higher-performing leaders. CED can help your leaders:

A large-scale development program at American Express revealed that 100% of survey respondents strongly agreed that EI training is valuable. Average scores of 4.14 out of 5 revealed that improvements in business metrics were due to work on EI areas. When combined with performance metrics, EI assessments can be used to predict which employees will outperform their peers. Providing development opportunities on the key EI skills that impact performance results in: 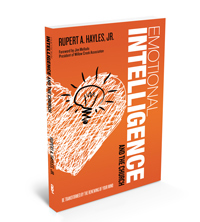